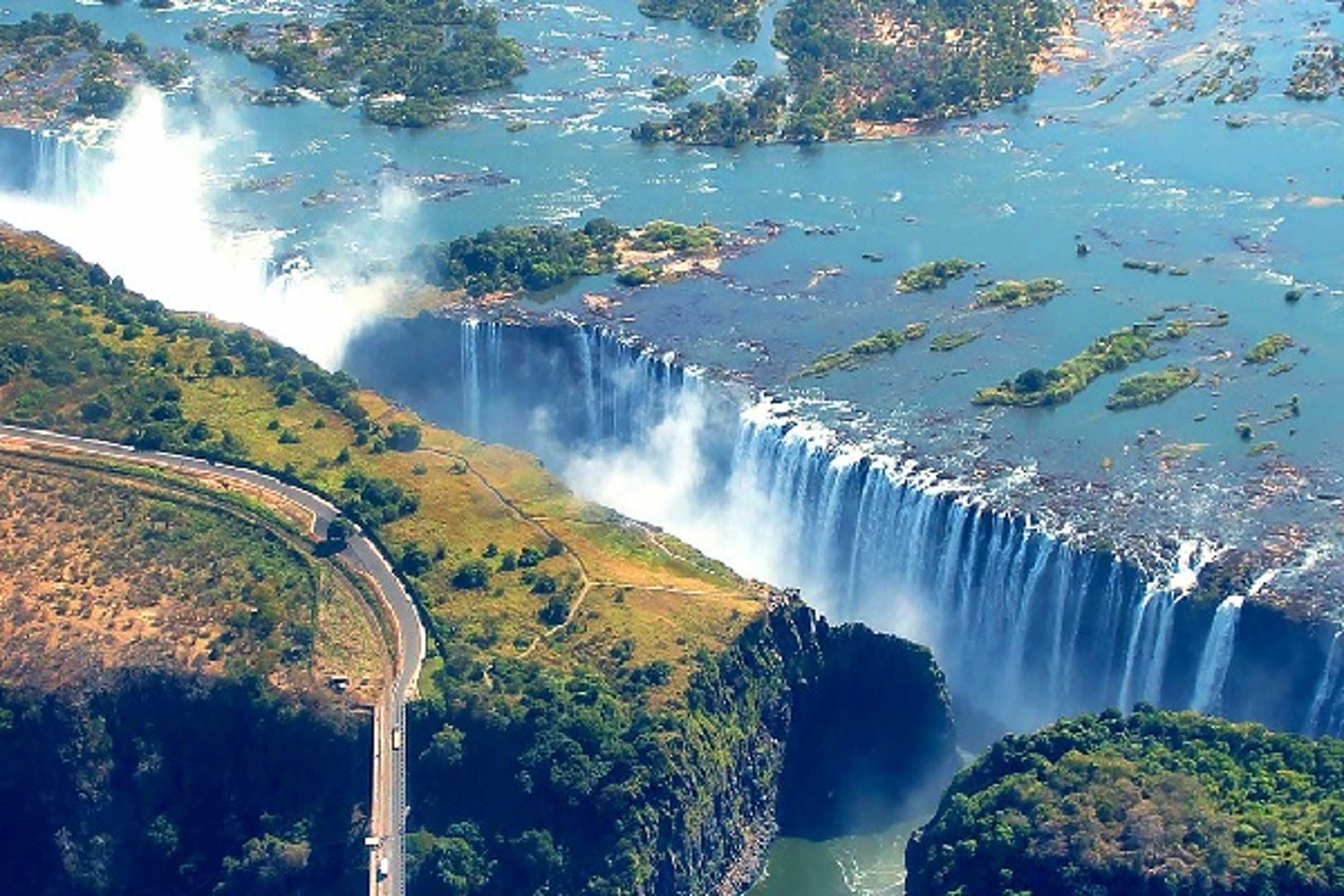 Zimbabwe has several of the best national parks in Africa; the country is endowed with magnificent landscapes and a wealth of wildlife. The expansive Zambezi River presents adventure opportunities galore and Victoria Falls will leave you breathless, while the variety of birdlife attractions fanatics year-round.

Although Zimbabwe has been the topic of much debate, the country is safe for travel and has some of the most pectacular, scenic and wildest experiences in Africa. It is a country that is rich in historical artefacts, cultural allure and majestic vast open plains that are freely roamed by Africa’s most wild, the Big Five.

The Hwange National Park maintains the distinction of being Zimbabwe’s largest wildlife sanctuary and is home to some of the largest herds in Africa, boasting more than 30000 elephants.

Although Gonarerhou National Park means “place of many elephants”, it name mentions nothing about the rugged natural beauty that is home to Africa’s largest tusked mammals, include 500 bird species, 147 species of mammal, more than 116 reptile species, 34 frog species, and 49 species of fish.

Embodying the immensity of an inland ocean, Lake Kariba is an outstanding architectural feat birthed by the sheer genius of man, creating the vast vision of these surreal waters.

Mana National Park not only has outstanding natural beauty but with the arrival of its dry season, the national park plays host to the highest concentration of wildlife on the African continent and boasts the largest inland concentration of hippopotami and Nile crocodile.

Visit the Great Zimbabwe Ruins and explore what was the centre of a thriving Bantu civilisation that dates back as far as the 11th and 15th centuries.

Deemed as a Natural World Heritage Site and one of the Seven Natural Wonders of the World, Victoria Falls boasts the spectacular phenomenon of being the widest curtain of falling water on the face of our blue plant. Its sheer magnitude is mesmerising, the sound of cascading water is captivating and the dramatic scenery it sinks into is exceptional.

The major cities and designated tourist destinations consists of a well infrastructure that has been largely developed for seasonal visitors. International banking systems, a national network of transport systems and accommodations that ranges from safari lodges to colonial hotels, Zimbabwe is equipped to meet the needs of the international traveller.

Zimbabwe is elevated in the central plateau region and its eastern regions are more mountainous.

Zimbabwe may be accessed via scheduled flight from Johannesburg and Lusaka in the capital Harare or the top destination of Victoria Falls.

To make the most of a visit to Zimbabwe, we suggest that you spend at least two weeks.
The destinations are vast and varied and it is worth taking the time to explore them. Landscape, culture and wildlife, it is a worthy one country destination.

When visiting Hwange National Park, it is best to go during the dry months of July to October. White water rafting on the Zambezi River is best during August and December when the water is low and the rapids are fast. The Victoria Falls are at their most impressive in March and April after the rainy season.

BIRD LOVERS: Explore the outskirts of Harare and visit the Larvon Bird Garden. If you are a bird watcher, make sure your binoculars are close at hand because the area has a spectacular array of birdlife; 180 species to be exact. From eagles to vultures and ibis, the Larvon Bird Gardons is not to be passed by. Situated within the confines of Lake Chivero Recreational Park is the Kuimba Shiri Bird Sanctuary, which boasts a remarkable 450 bird species. Ewanrigg Botanical Gardens is yet another attraction that acts as a sanctuary to many sunbirds, and has about 270 recorded species of birds.

GAME DRIVES: Hwange National Park is one of the few African parks where both day and night game drives are allowed. Explore the wild in an open vehicle and view large herd of antelope such as the roan, sable and eland. The park also maintains the largest population of wild dogs. Common sightings of giraffes, zebra, tsessebe, black-backed jackal and hyena are seen roaming these vast open plains. Night drives allow sightings of the somewhat strange springhare and other elusively nocturnal wildlife.

ADRENALINE JUNKIES: Seeking thrills and intensity? Well just below the falls lay the Batoka Gorge, surrounded by the ancient rain forests of the Mosi-oa-Tunya National Park. This is believed to be the site of the world’s best one-day white-water rafting with commercial rapids of up to Class VI. Need more intensity? Make your way to the top of the gorge by cable care and head to the Victoria Falls Bridge, which connects Zambia to Zimbabwe. This is where you can leap down into the gorge for about 111m by bungee. Just about any adrenaline pumping activity takes place in the area; all you have to do is ask.

Reputably one of Africa’s finest parks for more than 80 years, and once believed to sustain the greatest variety and density of wildlife in the world.

Internationally recognized as a World Heritage Site, Mana National Park not only has outstanding natural beauty but hosts a high concentration of wildlife.

One of the Seven Natural Wonders of the World, Victoria Falls boasts the spectacular phenomenon of being the widest curtain of falling water on the face of our blue plant.

Although used essentially as a gateway city by the international traveller, the city nestles many interesting sites within and on the outskirts of its confines.