Wine and Dine in Paradise

A journey for the senses

Since the introduction of winemaking in the mid 17 th century by Jan van Riebeeck, the fine wines of South Africa have gained both international recognition and prestigious awards. Being acknowledged as producing some of the world’s best wines, our skillfully talented wine makers are scattered mostly within the Western Cape.

Big, full and velvety reds or clean clear and brilliant whites full of character, we have it all; from chardonnay, franc and blanc to shiraz and pinotage. Among the many wine farms in the Cape, the historic Constantia Valley is the site of the country’s first. The rich historical atmosphere elegantly radiates from the colonial Dutch architecture and blends seamlessly against the backdrop of lush green farmlands and blue mountains. These are the scenes that await you at the popular Stellenbosch, Franschhoek, Wellington and Paarl wine estates.

Not only do we have the best wines, we have some of the best menus too. Class, elegance and sophistication exude from our top boutique restaurants. Le Quartier Francais, nestled in the Franschhoek Valley, has been listed as one of the top 50 restaurants in the world and has been awarded the platinum award for wine.

In Mozambique the cuisine is African style infused with Portuguese, and known for the succulent seafood dishes which could include crayfish, prawns and lobster. Traditional cooking is big in southern Africa and so is the sweet spice spells of Malay influenced dishes.

2019 Best restaurant in the world

The World Restaurant Awards, held in Paris, awarded Kobus van der Merwe with the 2019 Best restaurant in the world award as well as the best off-the-grid destination restaurant. His small, unpretentious restaurant, Wolfgat, is located 2 hours drive from Cape Town on the West Coast of South Africa.

Drawing inspiration from the surrounding landscape and its dramatic seasonal transformation, the food menu comprises a series of tasting dishes presented in seven courses. Sustainable seafood, local lamb and venison, and seasonal veldkos is featured, enhanced by wild herbs, seaweeds from the local rock pools, and pickings from the garden.

“We have no shortage of world class 5 star restaurants, but if you are feeling adventurous explore some of the local delicacies and tastes”

Anyone who is immersed in the world of wine has heard of Stellenbosch and Franschhoek, but there is much more to be explored by the connoisseur. From tiny networks of farms down south to hidden valleys of vineyards, there are almost as many distinct routes as there are varietals.

A culinary journey to inspire 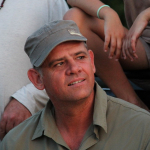